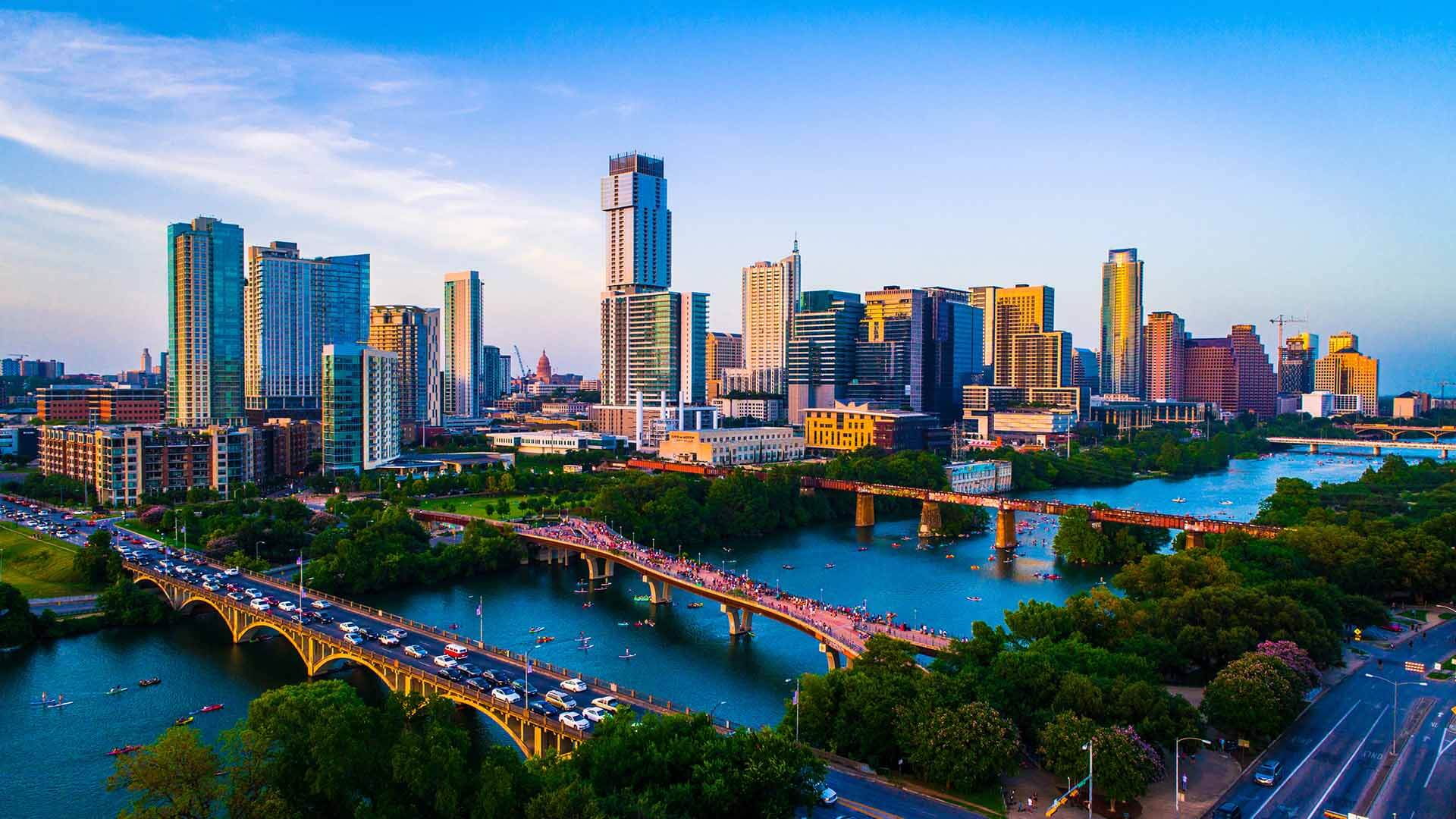 Live Music Capital of the World. The next Silicon Valley. The capital of Texas. Home of the University of Texas. Weird.

Austin, with a population of around 1 million, possesses many identities. The one thing that brings all of those identities under one roof is the much-praised quality of life in Austin. But don’t take our word for it. In 2020, U.S. News & World Report named Austin the best place to live in the country.

So, what’s so special about Austin? Well, you can’t overlook the city’s recreational opportunities. People can walk, jog, cycle, or chill out at one of the city’s more than 250 parks. The crown jewel of those parks is downtown Austin’s 351-acre Zilker Park, where you can rent watercraft to glide along beloved Lady Bird Lake (part of the Colorado River). Or, you can relax or run at the neighboring 10-mile Butler Hike-and-Bike Trail. Each year, Zilker hosts the popular Austin City Limits Music Festival, as well as musical acts performing as part of the massive South by Southwest conference.

When Austin residents aren’t partaking in the city’s outdoor offerings, you might find them working at one of the many tech employers throughout the city. For several decades, tech has been a big driver of the city’s economic engine, earning Austin the nickname Silicon Hills. Major tech employers in Austin include Amazon, AMD, Apple, Facebook, Google, and IBM. Amazon happens to own Austin-based Whole Foods Market, the chain of natural and organic grocery stores; and a major employer-to-be is Tesla, which announced in July 2020 that it’s building a $1.1 billion auto manufacturing plant near Austin Bergstrom-International Airport. Hundreds of startups also contribute to Austin’s thriving economy, making Austin a top city for startups and entrepreneurs.

Aside from beautiful outdoors spaces and ample job opportunities, Austin is blessed with incredible food. Specialties include barbecue, Tex-Mex, Mexican, and Southwest. Local residents love to debate which place serves the best brisket or queso. The menu doesn’t stop there, though. Some of the country’s best chefs ply their craft in Austin at non-barbecue and non-Mexican restaurants, as varied as Dai Due, Hoover’s Cooking, Uchi, and Odd Duck.

After dining at one of those eateries, folks might catch a live music show at one of the venues concentrated in the Sixth Street, West Sixth Street, and East Austin entertainment corridor. Among the best-known music venues are Antone’s, Stubb’s Bar-B-Q, the Continental Club, the Mohawk, and the Historic Scoot Inn. If you’re not up for seeing a band, dozens of bars and nightclubs are scattered throughout downtown Austin, East Austin, and South Austin.

Now, where do people in Austin live when they’re not jamming out to music, chowing down on scrumptious food, or toiling away at their jobs? Austin offers a generous mix of housing types. There are apartment towers, apartment complexes, condo high-rises, low-rise condo developments, modern homes, vintage homes and more.

Austin’s neighborhoods are as diverse as the housing types. For instance, the Mueller mixed-use development, built on the North-Central Austin site of the city’s former main airport, features homes, townhouses, apartments, restaurants, stores, entertainment venues, hotels, and even a children’s hospital. Construction on the first Mueller homes began in 2007. Then there’s the Clarksville neighborhood, which dates back to the 1870s. It’s a charming pocket of West Austin that boasts an eclectic collection of fine restaurants and hip businesses, including Nau’s Enfield Drug, which operates a drugstore and classic soda fountain dating back to the 1950s.

No matter where you live in Austin, you’re bound to find your groove in one of the grooviest cities in the country.

View Listings in Austin
Back