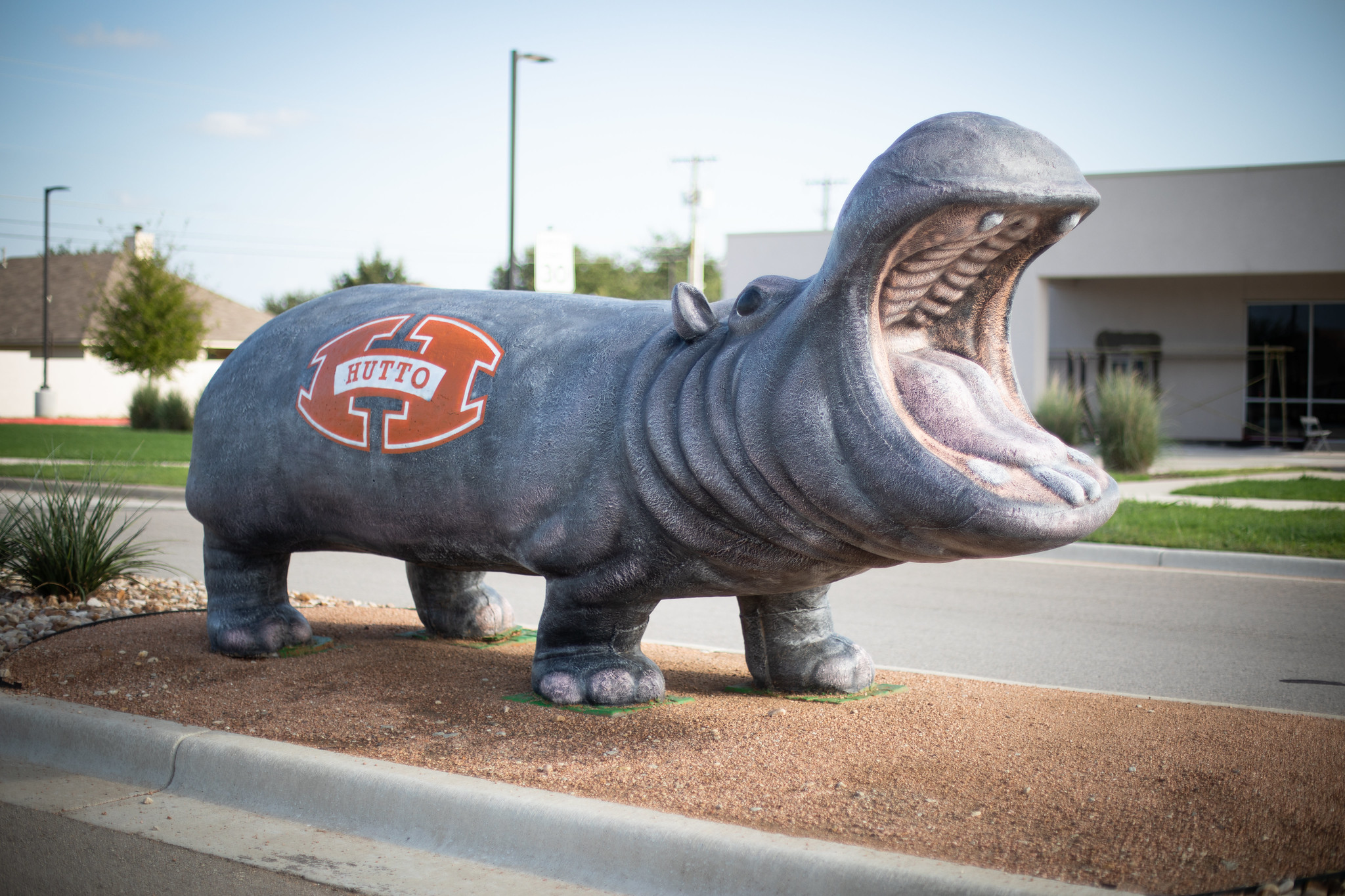 Hutto doesn’t have a zoo, but it does have a zoo animal as its mascot. The Austin suburb touts itself as the only community in the U.S. that has adopted the hippo as its symbol. The hippo is also the mascot of the Hutto Independent School District. Thanks to Hutto’s hippo obsession, stemming from the supposed 1915 escape of a circus hippo from a train, state lawmakers recognized the city as the Hippo Capital of Texas.

When you stroll or drive around Hutto, you’ll spot a seven-ton concrete hippo named Henrietta and several smaller concrete hippos. You’ll also undoubtedly run into one of Hutto’s 27,947 residents (as of July 2019). The population climbed 70% from 2010 to 2019, spurring a boom in construction of one- and two-story, single-family homes. About 20 subdivisions have been established in the Hutto area.

Located nearly 30 miles northeast of downtown Austin, Hutto still feels very much like a rural area. For instance, its Old Town historic district features charming step-back-in-time structures dating back to when Hutto was a rural burg. Take the Gin at the Co-Op District, a preservation project that converted the Hutto Cooperative Gin Co. into an event venue, paying homage to Hutto’s agricultural roots.

While Hutto hasn’t forgotten its past, it has evolved into a modern suburb. It’s home to the 72-acre Innovation Business Park and the East Williamson County Higher Education Center, which contains classrooms for Temple College, Texas State Technical College, and Texas A&M University-Central Texas.

As you may know, hippos live in herds. And it appears that herds of people, drawn by Hutto’s tranquil setting and promising economic future, won’t stop populating this once-sleepy suburb any time soon.

View Listings in Hutto
Back