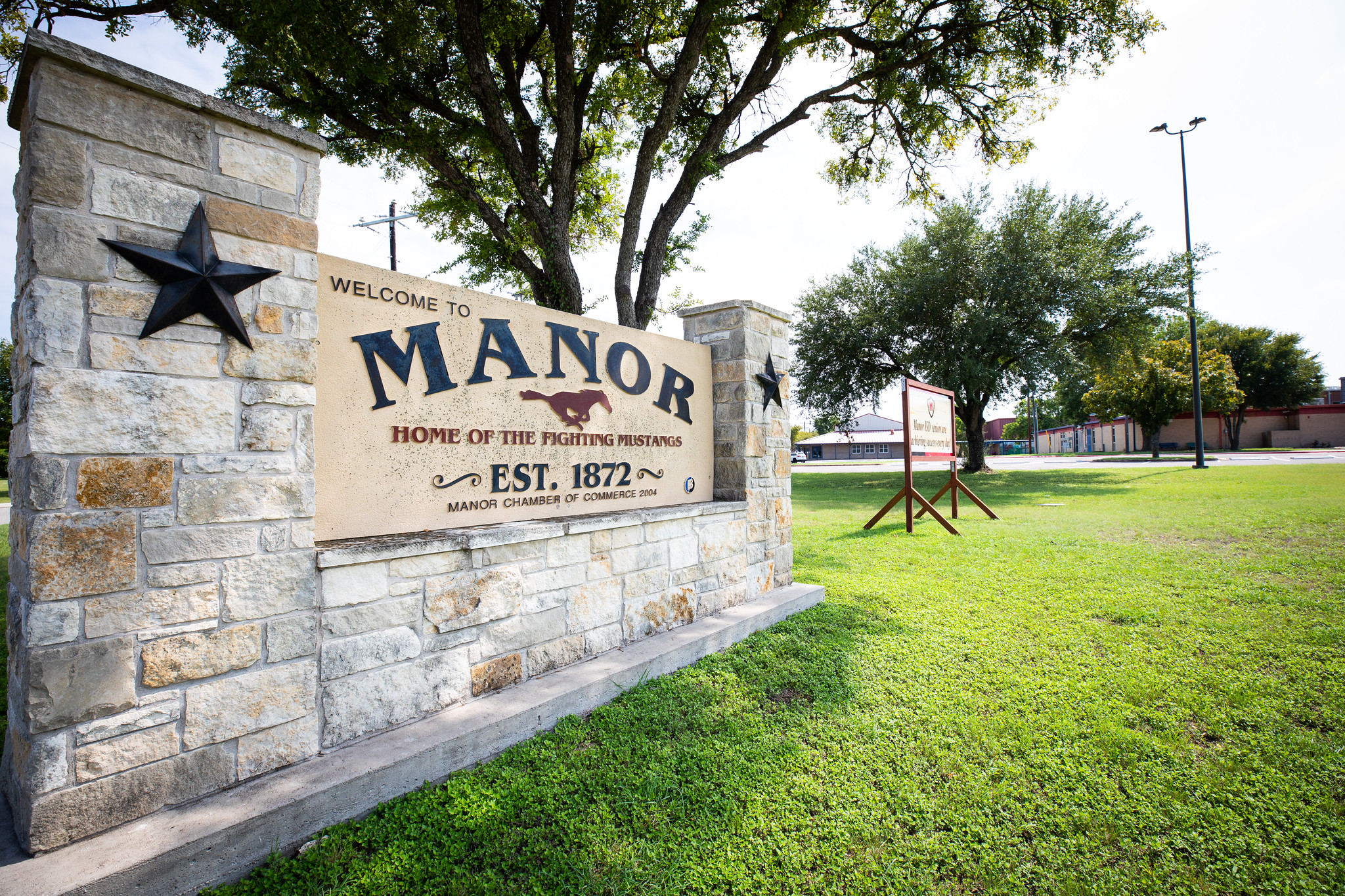 Situated about 15 miles northeast of Austin, Manor is close enough to the big city for convenience, yet far enough away to immerse yourself in small-town living.

Now bursting with subdivisions of one- and two-story, single-family homes, Manor (pronounced MAY-ner) has witnessed stunning growth. Its population skyrocketed 187% from 2010 to 2019, with 13,866 people calling it home as of July 2019. It’s poised for even more growth, thanks to its proximity to the State Highway 130 (SH 130) toll road and its abundance of affordable land. A proposed 27-mile extension of the region’s MetroRail commuter line would connect Manor to downtown Austin.

Just to the east of Manor’s city limits is the Wildhorse master-planned community. The community, which covers 1,500 acres near SH 130 and U.S. Highway 290 East, is propelling growth in and around Manor.

One of the recreational highlights of Manor is the 273-acre East Metropolitan Park. Amenities include an 18-hole disc golf course, four playgrounds, two fishing ponds, four soccer fields, seven baseball fields, a shelter, a pavilion, a swimming pool, and a wading pool.

Manor’s proximity to Austin should contribute to further growth of the suburb. City leaders predict Manor’s population will exceed 21,500 in 2030, with thousands more people occupying homes in nearby residential areas.

View Listings in Manor
Back