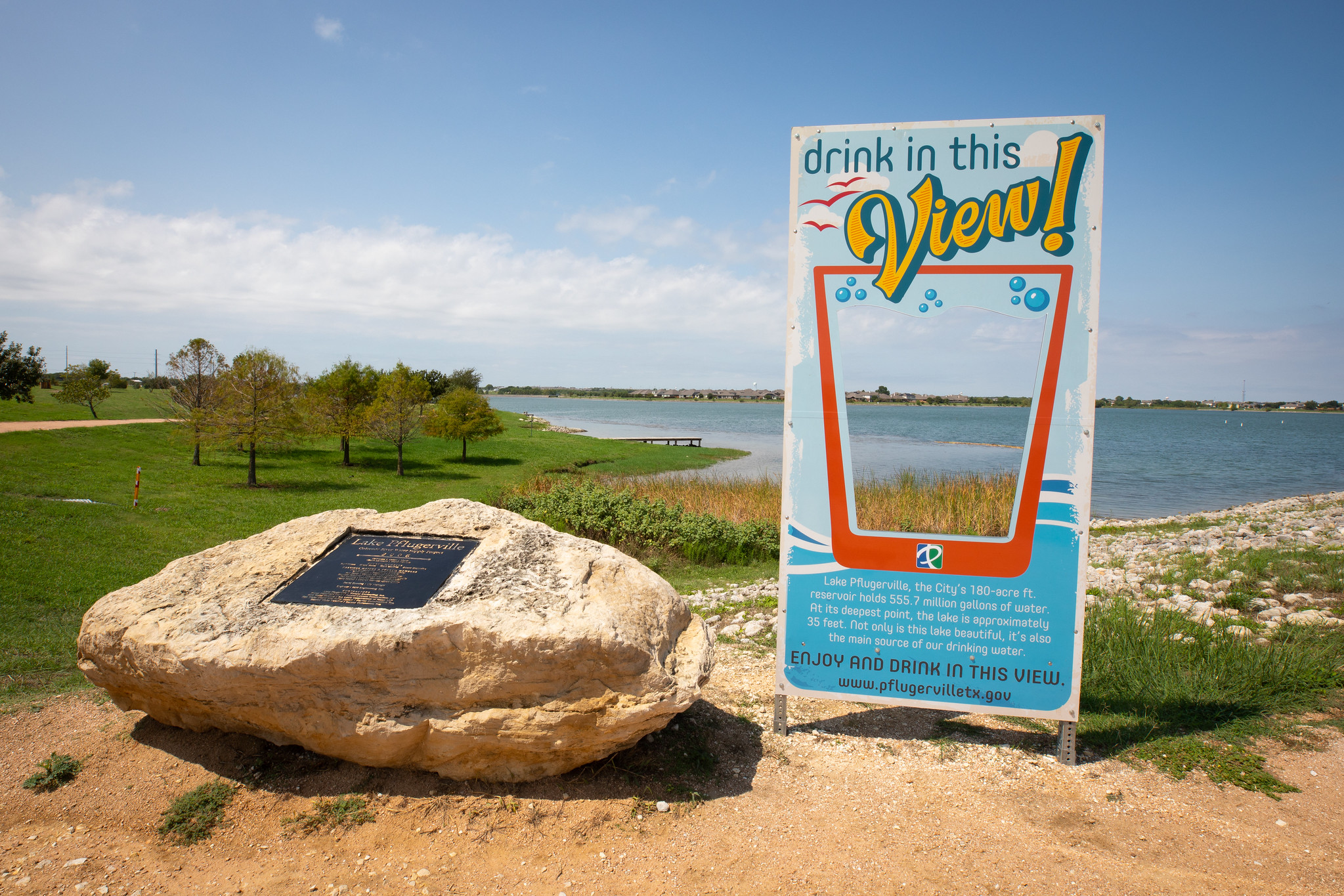 Ranked as the third most diverse suburb in the Austin area and the fifth best city in Texas, Pflugerville has a pfunny name and, appropriately, offers plenty of pfun. It’s home to the 180-acre Lake Pflugerville, the adjacent Lake Pflugerville Park, and the Typhoon Texas waterpark; and it hosts several annual festivals.

With a population of 65,380 as of July 2019, up 35% from April 2010, Pflugerville sits just northeast of Austin and just southeast of Round Rock. The suburb offers an abundance of one- and two-story, single-family homes on generously sized lots. Homeowners make up nearly three-fourths of Pflugerville households, with renters at close to one-fourth.

Among the highlights of the park system is the Green Red Barn at Heritage Park. The barn doubles as a renewable energy project and a year-round indoor rental and party facility. The Heritage House Museum is also located at Heritage Park. Another notable feature is the Pecan Street Community Garden, with plots that can be rented by Pflugerville residents.

Fortunately, commuters have a good deal of time to enjoy the city’s parks and trails. The average commute-to-work time for Pflugerville residents is 25 minutes. While few major employers call Pflugerville home, the city is the headquarters of the Community Impact Newspaper chain, which publishes 35 print newspapers serving nearly 60 communities in four states.

Pflugerville has grown up a lot since its founding in 1860, when William Bohls opened a general store and post office there and named the town after Henry Pfluger, who relocated there 11 years earlier from his native Germany. Now, this grown-up city is home to thousands of grown-ups and kids.

View Listings in Pflugerville
Back